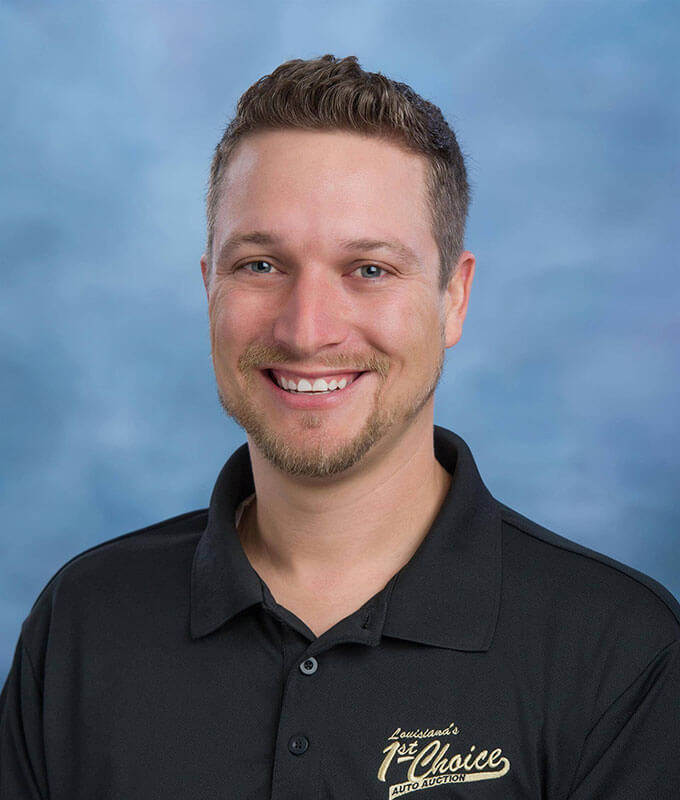 Jacob Warren has been with Louisiana’s 1st Choice Auto Auction since 2004. Beginning as a part-time vehicle registration employee while he was in college. After graduating from Southeastern Louisiana University in 2008 he eagerly took on new opportunities and worked in sales, the front office, and marketing. He graduated from Mendenhall School of Auctioneering calls and chants in 2011. He uses those skills as a part-time auctioneer at the auto auction and offers his services to various local charities in the Hammond area. Jacob attended the National Auto Auction Association leadership institute in 2014. In 2015 he graduated from Advanced Management Leadership Program, a six-month course of study focusing on best practices and skill-building for the next generation of auction leaders. In 2017 he earned his appointment as a Notary Public for the state of Louisiana. He most recently graduated from Auction Academy with top honors as class valedictorian, where he also obtained his IARA CAR (Certified Automotive Remarketer) certification in 2018.